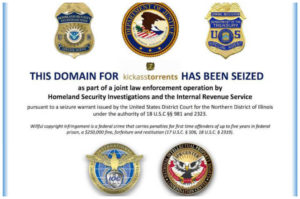 The US Government authorities arrested the alleged owner of the largest torrent site on the internet, Artem Vaulin. In the process, they also seized the domain names of the site.

In the criminal complaints document filed in a Chicago court, the authorities also seized a bank account associated with Kickass Torrents.

The said criminal complaints reveal that Kickass Torrents is the 69th most visited portal on the internet with an estimated net worth of over $54 million.

This volume means that the site is capable of costing copyright holders millions of dollars, by facilitating free downloads of first-run media and in the process, raking in almost $20 million in advertising revenue annually.

Kickass Torrents with its over 50 million unique monthly visitors, ranked as the most used torrents site, beating even the famed Pirate Bay.

Kickass Torrents like the Pirate Bay does not host any individual infringing files.

Instead, it provides .magnet and .torrents links that lead users to unauthorized copies of movies, television shows and other forms of Bit Torrent clients. 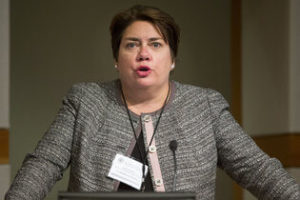 These include television shows, movies, music, digital books, and video games among other media that people have copied from the site since it became operational.

This, however, is not the first time Kickass Torrents domains have been taken down.

Many countries have blocked these domains before but every time, they seem to reappear.

It is different this time though because if Polish authorities cooperate with their U.S. counterparts, Artem Vaulin may face the charges against him in a U.S. court.

Caldwell says that Vaulin allegedly used servers located in different countries around the world in a bid to avoid capture.

Caldwell adds that Kickass Torrents constantly changed the location of the said servers because of repeated seizures as well as civil suits against him.

Caldwell says that Vaulin’s arrest in Poland as such is a testimony that cyber criminals can run but cannot avoid the grasps of justice permanently.

The Department of Justice released a statement in the wake of this arrest.

In the said statement, the U.S. Attorney for the Northern District of Illinois, Zackary Fardon stated that copyright infringement lays a large toll on businesses and artists who depend on their creative inventions for livelihood.

Mr. Fardon added that Vaulin allegedly caused such artists a lot of harm using the internet.

Vaulin and Kickass Torrents, however, claim in a 50-page affidavit that they abide by the Digital Millennium Copyright Act and as such, did not infringe on anyone’s copyrights.

However, Jared Der-Yeghiayan, a special agent attached to the Homeland Securities Investigations, refutes these claims.

Some of the domains that authorities cut off include kickasstorrents.com, kickass.to, kickass.so, kat.ph and kat.cr. It is alleged that Kickass Torrents run these among other sites from various locations in the world.

Access to the site is now blocked by courts in several countries including the United Kingdom, Ireland, Denmark, Belgium, Italy, and Malaysia.

The complaint document shows how U.S. investigators infiltrated the site by going undercover as business executives securing advertising space for their organizations.

This measure led the investigators to a bank account allegedly owned by Vaulin.

Apple then handed over to the authorities, personal documents belonging to the site’s alleged mastermind.

This was after investigators cross-referenced among other things, an IP address that Vaulin used to carry out an iTunes transaction and the same one he allegedly used to log in to the Facebook account belonging to Kickass Torrents.

Records that Apple made available show that [email protected] completed an iTunes transaction via an IP address 109.86.226.203 sometime around the end of July 2015.

The complaint adds that someone used the same IP address on the same day, to login into Kickass Torrents Facebook account.

One thought on “Torrent Site “Kickass Torrents” Seized By Authorities”