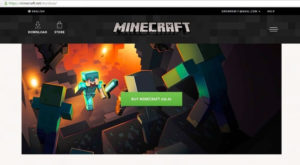 OurMine, a self-proclaimed hacking team, continues their hacking ventures as they breach into several of the biggest names and companies of today’s times.

The team remains unidentified as to whether they are black hats or white hats, but one thing’s certain – they have struck again and now boast of another victory.

Seen right on their website is news where the hackers reveal the vulnerability they’ve found at the website of Mojang, creator of the massive hit sandbox game Minecraft.

How do they manage to wrap the top tech giants around their fingers and what could be the purpose behind their hacking series of events?

Rolling Stones’ Keith Richards, the late Ryan Dunn, Kylie Jenner, and Katy Perry are only to name a few stars who had their accounts compromised.

Also, despite what you might have heard, Jack Black is alive and well.

It was nothing but a sick prank according to the tweet from the genuine Tenacious D rock duo.

Just right before this hacking activity, OurMine claimed it had uncovered a way to access any account linked to Minecraft, the world-building video game enjoyed by millions of players from all over the real world.

OurMine explicitly stated at their hacking team site that the vulnerability allows you to get easily into anyone’s account.

They advised Minecraft players to add security questions on their account and likewise reached out to Mojang staff to contact them to get a hold of the full hacking method along with the fix.

Their hacking attempt was primarily aimed at the Minecraft developer’s user login page.

They created their own Mojang account then asked OurMine to hijack it, only to end up with solid proof of successful hacking with the user profile renamed to “OurMine Team.”

Moreover, they posted a video along with the Minecraft vulnerability news on their website. It was a full hacking demonstration of what they discovered and made the truth of online security breaches quite clear.

IBTimes UK also proceeded in creating a Mojang account and seeking OurMine for a hacking attempt, only to receive the response that it could no longer be done for the glitch has been patched already.

It was later on the 19th that Microsoft stated that the issue had been fixed, supporting ComputerWorld’s report and as confirmed by the hacking group.

Most of OurMine Team’s hacking saga were implying the message that they are just “testing security” without a particular reason behind each hacking attack.

The hacking group seems to be currently targeting almost everyone merely to educate internet users of rampant cybersecurity flaws.

This includes using weak passwords, insufficient or no security questions in place, and the risks linked to internet cookies.

On the other hand, they seem to be having fun attacking just about anyone and anything they or their audience can think of.

Mojang’s recent breach highlights internet cookies which tend to store information such as site preferences and user credentials. Once stolen, cookies can be utilized by a hacker to impersonate a victim’s online identity.

Their versatile offering says on their website that it is performed by an elite hacker group pertaining to themselves, without any bad intention as a white hat hacking team. In addition, they tell how they only care about online security and privacy of both accounts and networks.