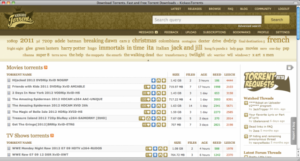 The world’s leading torrent site KickassTorrents also known as KAT (https://kat.cr) has made their platform available on Deep Web. This move is meant to avoid attempts by lawmakers, cops, and movie studios seeking to block its ability to link people with copyright protected content. It’s such heightened attention that has made administrators take the site to a whole new level, regarding protection from unauthorized third parties.

Despite KAT jumping over into the Deep Web, this doesn’t mean that people should necessarily torrent the entire Tor network. But only that one can browse and possibly download existing .torrent files using the onion servers. This Deep Web entry also means that if your ISP has blocked one of Kickass’s URLs, then it’s still possible to access the site via Tor (http://lsuzvpko6w6hzpnn.onion), which translates to uninterrupted access for extended periods of time even into the future. The Deep Web news was first announced by a person known as Mr. White.

Despite this development, KickAssTorrents is still not the first torrent site to launch its operations on the Deep Web. Pirate Bay has been there for quite a while now, which means internet service providers and copyright holders may have a harder time trying to identify those behind these websites.

It’s an open secret that majority of KAT users are looking for ways of downloading pirated content, but for any action to be considered legal, there must first be a legitimate logical purpose behind such undertakings,even if it’s unlikely that you’re visiting KickAss for legal reasons. 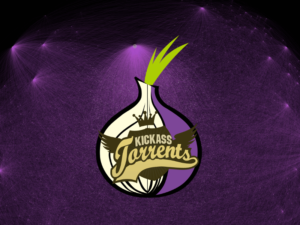 As long as Tor network remains small in size, it will always be simple for someone with a regular budget to run some nodes while doing traffic analysis. The best way to protect yourself from such attacks is by growing the network exponentially, both regarding users, nodes, and bandwidth. This way it would prove too costly for third parties to capture and extract existing traffic. The best way to ensure this happens is by encouraging Video over Tor for streaming and downloading, plus also encouraging users to contribute back sufficient bandwidth to compensate for their daily usage,which roughly translates to download thrice from Tor’s multiple hops.

Users themselves administer a good majority of Deep Web nodes, some having the low bandwidth for their operations. Tor wasn’t initially designed for massive files to be shared on it, so when someone is torrenting on the platform, it’s usually being routed across multiple nodes. All of which are also simultaneously driving traffic from other users as well.

Nevertheless, considering how long state and media activists have been lobbying for a crackdown on torrent sites. It’s surprising that websites such as KickassTorrents didn’t join Deep Web much earlier. But still its better late than never as that’s exactly what they are doing now,with the popular torrent site also publicizing their address for everyone to use. Most experts don’t encourage the use of video over Tor, mainly because you also have to use other programs when running it such as Flash or HTML5. Both of which are quite harmful to your privacy.

KAT’s Deep Web address is very easy to locate when looking for it. Apart from making the site much harder to shut down and identifying those visiting the site, it also prevents blockages that may have been imposed by ISPs in the past. This was in fact quite a popular recommendation coming from the KickassTorrents community, with admin clearly stating it could probably be the reason why they ended up placing it on Tor. Rather than contending with continuous pressure from law enforcement agencies and other similar groups.

However, as TorrentFreak clearly points out, this trend isn’t exclusive to Kickass or any other site alone. There are many other torrent communities also hidden beneath the internet’s surface in a similar way. Nonetheless, with this new development, KAT is seeking to make a mockery of censorship programs by transferring operations to the Deep Web. Here the site is expected to attract millions of users per day. Kickass Torrents is currently the most popular piracy site on the web.