“Aren’t you gonna pick that, Jake, maybe Tim’s got something important to say”

“Noo way dude, #$^#^ Tim’s just gonna %[email protected]#%@ bore me to hell with his brags and what not, let’s focus here for now on our own thing and plan to beat their squad next time.”

“Let me put away his face too, I don’t even wanna see him right now”

Jake and Bob, carry on with their plans for the weekend, smirking.

Little did they know that come weekend; they will be facing their worst defeat ever, with vengeance. Cause Tim’s been listening to what they have been planning, all during his attempt to be connected with them.

No! They didn’t accept the FaceTime request. But that’s okay. Jake’s iPhone was still sending all the audio it could receive on Jake’s side to Tim and when Jake turned off the screen to not see Tim’s “annoying” face, his video started to get transmitted as well.

Nope… that’s no feature, magic or hack done by Tim on his or Jake’s phone. It’s the newly found bug that’s making quite a wave on the media these days.

It is a simple bug that went without check, and for seemingly a looong time. In this fast age of technology where millions of people are recording and updating/uploading thousands of Gigabytes of data every second, even hours feel like a loooong time. This bug went unchecked for days… until viral tweets demonstrating the issue made Apple move its giant head into the right direction to focus on what the problem was and promised to fix it.

What Exactly Is This Bug?

This bug happens when a party calls another party through FaceTime. On the receiving side, even though the FaceTime call is ringing, the device starts transmitting audio to the caller as one-sided communication and lets the caller hear whatever is happening on the other side. This happens until the ringing is continued.

In some cases, even live video is also transmitted when the receiver side turns off the screen by pressing the power button.

The scariest part of the bug is that there is no way the receiving party can know that their audio or even video is being transmitted.

The bug has been tested to be reproduced on devices that are running iOS 12.1 or their later versions.

How Exactly Does This Happen?

In this scenario, the problem is recreated so that the audio is transferred.

This scenario results in the call receiving party becoming unwillingly a part of the group chat by sending audio over. The receiving party has no indication of whether the call is connected or not.

In this scenario, the problem is recreated so that the video is transferred as well as the audio…

Glitches Happen All the Time, Is My Privacy Really at Stake?

Your privacy is not at stake at the moment for this particular bug’s case, if and only if you are not using an Apple device. For all the other unsuspecting Apple device users, I am sorry but the news is not good.

(We keep on saying Apple devices instead of iPhone or iPad etc., since this bug is successfully reproduced on iPhone, iPad and Mac devices. Also… the ring goes on longer on the Mac. )

The bug is real and so is the problem. If mainstream media is to be believed then the problem was realized in late-January, and quite ironically on international Data Privacy Day. However, if we go with the story of 14-year-old Grant Thompson, who first discovered the bug, the issue has been around for much longer than that. Not only that, but also that it was not properly looked at by Apple, initially. Apple executives paid attention once enough noise was made and visited Thompson at his home asking for feedback on how their response could be improved on such an issue.

Logically speaking, this bug could be around for as many days as the introduction of iOS 12.1 or maybe even longer. It was only that it was discovered now that the focus is towards the solution.

This means that any FaceTime group call where the first receiver didn’t receive the call was potentially leaked and that there is no evidence to negate this.

If that doesn’t make you take this seriously than read what Ashkan Soltani had to say about it, as he quoted it to be one of the most significant bugs related to privacy and security, if not ever on Apple’s side.

So yes, in short, the problem is real and it existed without us knowing it did. The data that was to be leaked is leaked and now all we can do is to live in a state of continuous suspicion and wonder who heard what and how far away you should put your Apple device while discussing important, secretive topics.

Or… you could turn off FaceTime!

So How Can I Turn off FaceTime on My Apple Device?

But if you still feel a bit insecure about using FaceTime, as you should be, and want to disable FaceTime, we got you covered. The aforementioned scenario could be one of many scenarios that this bug is triggered. Finding one doesn’t mean that there aren’t other scenarios. Add it to the fact that a company like Apple failed to find the bug themselves before launching the relevant OS versions; it seems pretty logical to expect something else missing their watchful eyes too.

So we absolutely can relate to your need to get away from FaceTime as much as possible. Follow the below mentioned steps to turn it off on your Apple iPhone, iPad or Mac.

For iPhone and iPad

For either of the devices… simply go to… 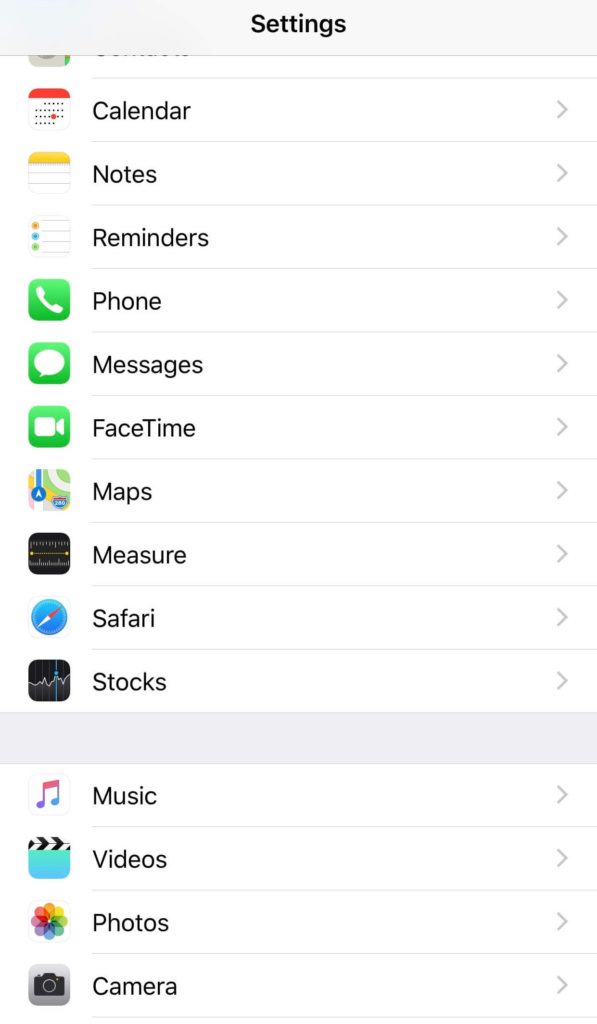 2. Search for the FaceTime Icon 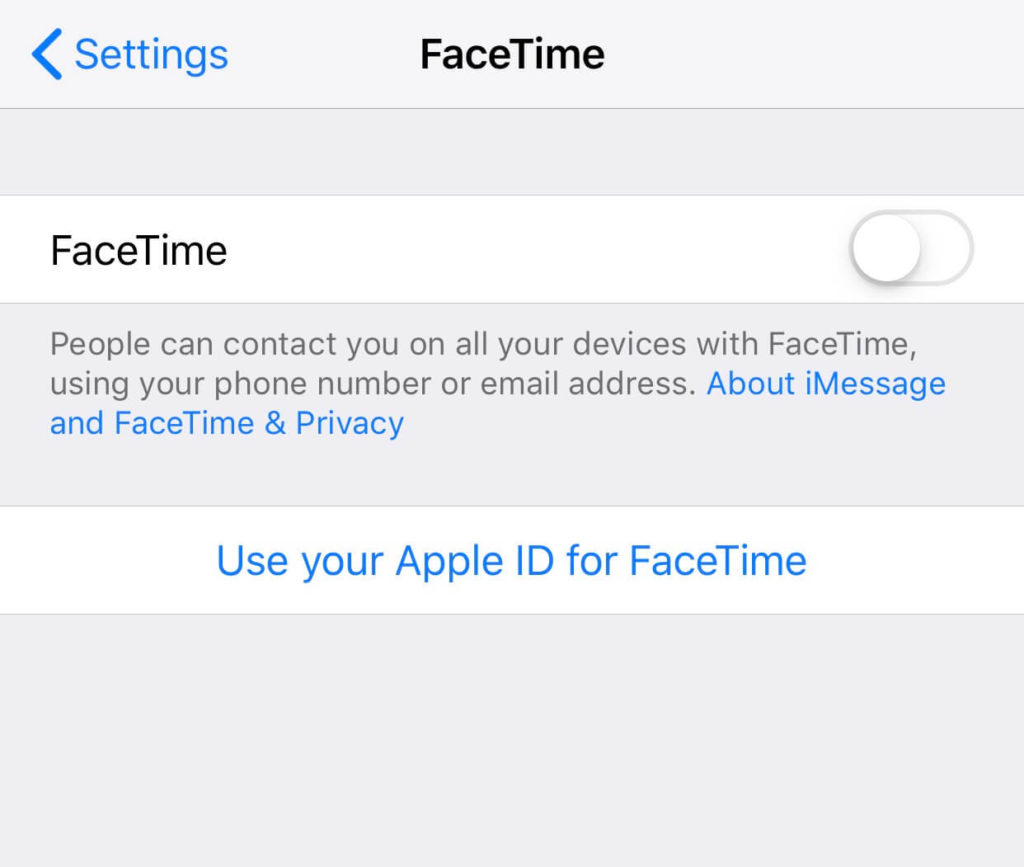 And that is it… FaceTime is off.

For your Mac, things are a bit different; here you will have to… 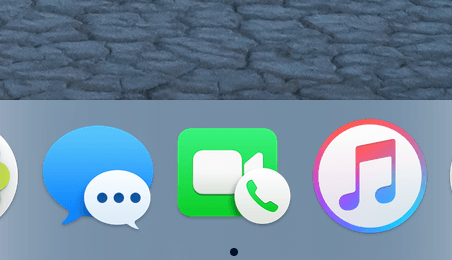 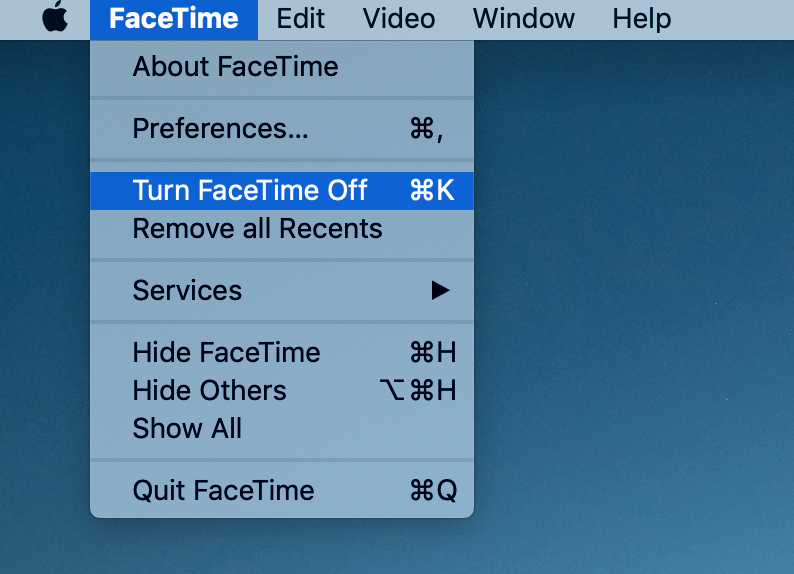 And that is it… you are free from the stress of looking at your devices suspiciously for the rest of the time until Apple launches the update patch to get rid of the problem altogether.

Yes… Apple has disabled the Group FaceTime service and soon the patch will be here, we know that, but it is still a good idea to wait for the updated version to make rounds and get an “All Clear” certificate from the experts before you start using the FaceTime.

UPDATE: Apple has released a fix for the FaceTime bug. In the notes of the release, Apple specifically credited Grant Thompson with the bug report.

You can download the latest version, version 12.1.4, for iPhone/iPad in Settings > General > Software Update.

Apple also released a supplemental update for MacOS Mojave 10.14.3. Download the latest version in the App Store toolbar under Updates.